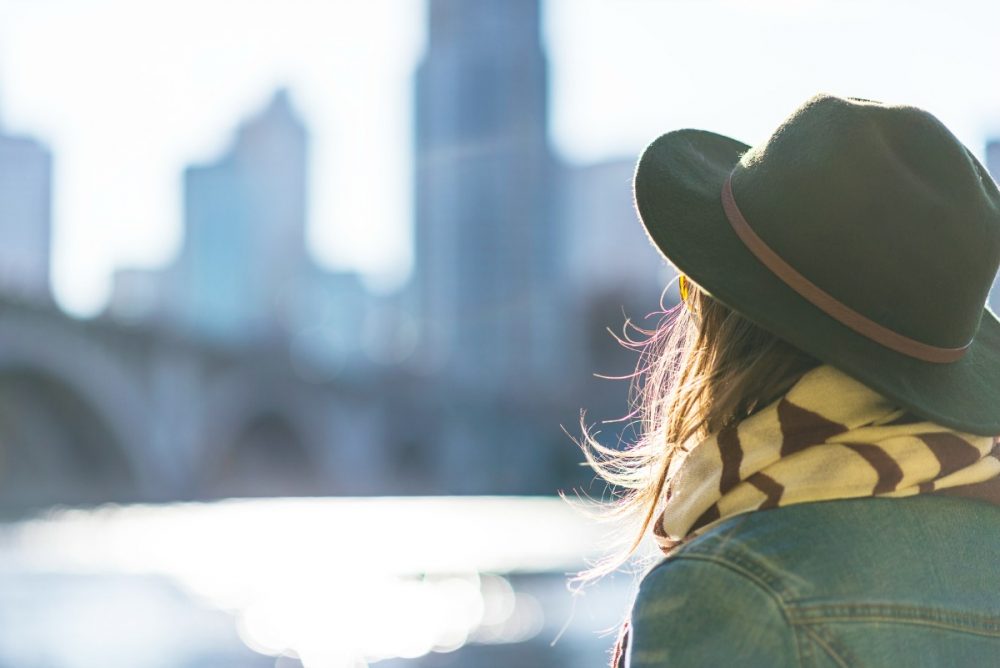 It should come as no surprise that living in walkable cities and neighborhoods benefits our health, the environment, our communities, and wallets. However, with rents skyrocketing in many parts of the country, it can often be difficult to find somewhere to live that is both affordable and walkable.

In the face of this dilemma, we decided to find out where exactly in the country you can live a walkable, urban lifestyle – and not break the bank. To answer this question, we looked at Walk Score data, Cost of Living Index, and average rents for every major city in the country. The cities listed below also have a nice selection of one-bedroom apartments located in “very walkable” neighborhoods (meaning a Walk Score of 70+) with rents of $1,000 or less.

Take a look at our top 12 picks for affordable and walkable cities:

Nestled in the heart of New Mexico, Albuquerque is in the middle of a multi-million dollar revitalization of its downtown neighborhood. Many come for a photo-op with the neon Route 66 sign, or to float along the painted skies in the hot air ballooning capital of the world, but stay for the rich culture of food, arts, and traditions.

Less than 30 minutes from Niagara Falls, New York’s second-largest city boasts a redeveloped waterfront, great nightlife, and an emerging dining scene. Buffalo is also one of the most affordable places to live in the U.S., with walkable neighborhoods including Allentown and Columbus.

Cincinnati’s remarkable historic architecture once earned it the nickname of the “Paris of America.” The city’s Over-the-Rhine neighborhood boasts some of the hottest restaurants and shops in the region and is easily traversed on foot. The Central Business District is the 2nd most walkable neighborhood in Cincinnati. With new bars, restaurants, shops, and housing popping up, living downtown has become even more popular for young professionals in the city.

Located on the shores of Lake Erie, Cleveland is a great place for urbanites on a budget. The city is home to the Rock and Roll Hall of Fame, The House of Blues, a world-class zoo, aquarium, and a great art scene. The Ohio City neighborhood offers an assortment of local shops, cafés, restaurants, and bars, all within reach.

Texas may not be known for a car-free lifestyle, but Dallas has a surprisingly walkable city center. Bustling downtown is a walker’s paradise, while the very walkable Oak Lawn neighborhood features a variety of nightclubs, restaurants, and shops, and has been known for its diversity since the 1970s.

Situated on the Detroit River and along the U.S.-Canada border, Detroit is commonly referred to as the Motor City. However, the city is rapidly becoming friendlier to car-less residents. Downtown is a go-to for professionals who want to live and work in the heart of the city. The University neighborhood is another great option for residents who value walkability.

As the fourth largest city in the US, demand for a walkable, urban lifestyle is on the rise in Houston due to the steady influx of new residents from the east and west coasts. The Midtown neighborhood is a vibrant community where residents can enjoy an increasing number of local neighborhood amenities while maintaining close proximity to downtown’s bustling business sector and attractions.

Madison is a great place to live for people who enjoy walking, biking and other outdoor activities, especially along the scenic lakefront. The University of Wisconsin has a large presence in the city, and its facilities are easy to access via walking or biking. Walkable neighborhoods include State-Langdon and the downtown area.

Known for its breweries and avid sports fans, Milwaukee sits on the Western coast of Lake Michigan. Locals can enjoy bars, coffee shops, restaurants and parks in walkable neighborhoods like the Lower East Side and Juneau Town.

Known for its rich pioneer history, Omaha holds the title of the most walkable city in Nebraska. Located along the Missouri River, Omaha offers a plethora of restaurants, quirky bars, and entertainment options. These are all within reach in some of its most walkable neighborhoods including Market West and Downtown Omaha.

First settled in 1607, Virginia’s capital city is one of the oldest cities in the United States. New developments, such as those in the Monroe Ward neighborhood, are attracting residents who want to live and work in the urban center. Other areas in Richmond best enjoyed on foot include the VCU and Carver neighborhoods.

As the third-largest city in New York State, Rochester is both family-friendly and affordable. Walkable neighborhoods include Pearl-Meigs-Monroe and Park Avenue. Residents can also jump in a car share and head out for a day trip to the gorgeous Finger Lakes, a major wine region, or Niagara Falls.

Methodology: For this list, Walk Score ranked the top major cities in the U.S. with a population of 200,000 or more. We then only considered cities with a Cost of Living + Rent Index (estimation of consumer goods prices including rent) under 58. This index is relative to New York City – meaning that for NYC, the index is 100(%). For example, if a city has a Cost of Living + Rent Index of 45, then on average the cost of living and rent is 55% less expensive than in NYC. Lastly, we made sure each of these cities had a selection of apartments located in “very walkable” neighborhoods (meaning a Walk Score of 70+) with rents of $1,000 or less.

« Nickel City Lofts: An Adaptive Reuse in the Heart of Buffalo
Benefits of Senior Living Communities »